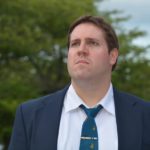 In his 2 years as VP Education, Brett lead the club to 34 individual member awards: more than Boston Toastmasters had achieved in the past decade! As a result, Boston Toastmasters earned the President’s Distinguished Award from Toastmasters International for two consecutive years. As President, Brett will continue the energetic yet familial atmosphere Boston Toastmasters has become over the years, motivating and inspiring members and guests more than ever. Outside of Toastmasters, you can often catch Brett performing sketch comedy with his group, Accidental Awkwardness, at ImprovBoston. 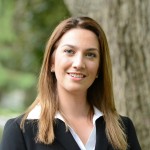 As this year’s Vice President of Education, she aims to inspire others to achieve both personal and professional success through improved public speaking skills, strengthened leadership skills, and increased overall confidence. She truly believes that the positive environment of Boston Toastmasters allows club members to thrive and grow to become effective leaders and skilled communicators. She is grateful for the unique experience of being a part of this club and is excited to inspire others to join and grow with us! 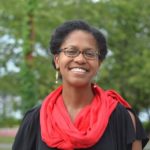 Jazz Dottin is a person who enjoys absorbing the local culture of cities; its people, unique places, and history. She is a marketing professional with degrees in Spanish language and Tourism and Hospitality Management from Temple University. While her job assignments have varied greatly, from tour guiding to executing marketing strategies, clear communication has always been the commonality. In January 2016, Jazz joined the Boston Toastmasters club to hone in on her communication skills that are key to success in marketing. She visited several Toastmasters clubs around Boston before choosing a home base. It was the quality of speeches and diversity of members at the Boston Toastmasters Club that led to Jazz becoming a member here. Jazz became the VP of PR and Marketing to promote the many reasons why people should visit Boston Toastmasters throughout the year, and consider joining. 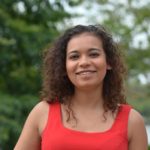 Brittney Exline has always had an interest and aptitude in math and science since a young age. She grew up in Colorado Springs, Colorado, and had the chance to skip 3 grades, starting the 6th grade at the age of 8. She graduated high school at the age of 15 and started at the University of Pennsylvania, the youngest student to be admitted to the Engineering school, and the youngest African American to be admitted to an Ivy League. In 2011 she graduated with a major in Computer Science and since then has been working as a Software Engineer in the Boston Area. In her spare time, she enjoys baking and dancing. 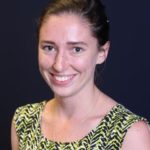 Kendra used to fear public speaking so much that she once punched herself in the face so she could go to the nurse’s office with a bloody nose rather than say two sentences to her high school classmates. She finally joined Toastmasters in June 2015 and completed her CC manual within six months.  During her first year she won the club humorous and international speech contests. (Full disclosure: she was the only entrant of the humorous speech contest, but it still counts as a win!)
Outside of Toastmasters Kendra is part of the forensic accounting and business valuation services team at Edelstein & Company. Working primarily in family law, she tracks marital assets and helps clients reach a settlement. Kendra also develops programs to increase female engagement in public accounting within Edelstein’s Women’s Initiative Committee and serves on the board of LivableStreets Alliance, an organization promoting safe, convenient, and affordable transportation in the Greater Boston Area.
In her free time Kendra enjoys rock climbing, urban hiking, and international travel. 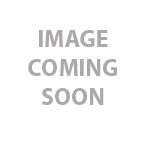 Karen Tausch joined Boston Toastmasters to develop the confidence to propel her voice to the back of the room, speak clearly, and to feel and look confident in front of an audience. She has found a strength in storytelling, inspired by her parents’ bedtime stories told in wonderful voices.
Karen is a Massage Therapist, as a second career in life. Karen graduated from Regis College and holds a certificate from massage school. She enjoys being part of Toastmasters outside of her massage therapy practice. Raised in both Lexington and Concord, she has lived in Massachusetts her whole life. Growing up, she made frequent trips to Boston to attend lectures and museums with parents.
Giving speeches and performing leadership roles which always include learning to speak in front of the group continue to help her to hone her speech craft. Attending meetings at Boston Toastmasters, even with out a speaking role during the meeting, has often been a very enjoyable experience.
As Sergeant At Arms, Karen‘s goal is to assist with enabling the meeting to run smoothly. This simple role will translate neatly into improving other places in her life. If you have suggestions for Karen, she will appreciate a gently worded suggestion, which she could actively carry out.

Rachael joined Boston Toastmasters in August 2016, looking to improve her public speaking and leadership skills. She graduated Simmons College in May with a B.S. in Psychology (or B.A., use whichever) and the goal to work with and provide a better future for local area children.
As Boston Toastmasters’ first-ever Meeting Manager, Rachael coordinates the filling of meeting roles with new members as well as welcoming new guests to the club. Boston Toastmasters is excited to help Rachael continue her passion path of encouraging and helping others.